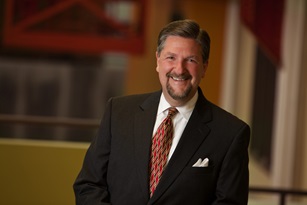 Team
NEO’s CEO Tom Waltermire, who turned 65 this year, will retire from
the organization on December 31. He announced his plans at Team
NEO’s November 5 board meeting. Also at that meeting, the
Team NEO Board voted to evolve into a new organization that will
operate as a collaboration of Northeast Ohio businesses,
foundations and JobsOhio to accelerate Northeast Ohio job growth.
The new organization, which will retain the Team NEO name, will
launch at the beginning of 2015.

“Over the past eight years, Team NEO has played a strong role
in the region’s economic vitality. I’m honored to have
been a part of both the region’s and Team NEO’s
progress,” said Waltermire. “After 30+ years with large
Northeast Ohio companies, I had planned to be in this role for just
one year. But the attractiveness of the challenge, the chance to
bring new job opportunities to so many people and the support of
the region has made these eight great years. Having been active as
a corporate leader in Northeast Ohio and state economic
development, leading Team NEO was a chance to achieve a vision of
regional progress that the late Pete Burg, former chairman of First
Energy and founding chairman of Team NEO, and I had discussed so
many times. It was a vision based on the firm belief that only by
working together, could Northeast Ohio excel. Today, the region and
Team NEO are one step closer to achieving that vision and are well
positioned to transition into this next, very significant chapter.
I’ve always believed that a regional strategy was a missing
element in Northeast Ohio’s progress. With that in place, it
is the right time for new leaders to build upon the progress
we’ve made.”

Waltermire transformed Team NEO from a fledgling regional economic
development effort into a strong catalyst and contributor to the
economy of Northeast Ohio. In 2006, his first year, he sharpened
Team NEO’s focus – making regional marketing and
business attraction the organization’s primary activities.
That focus has paid off. Team NEO, in active collaboration with its
many regional and local partners, will soon achieve a major
milestone – marking the attraction of 100 new company
operations to Northeast Ohio since 2007, representing nearly 9,000
jobs.

“Tom’s connections in the business community at the
local, national and international levels and his unyielding belief
in and enthusiasm for Northeast Ohio has opened doors, changed
perceptions and created countless opportunities for the
region,” said Paul Clark, regional president PNC Bank,
Cleveland and Team NEO board chair 2013-2014. “It has been
both a pleasure and privilege to have worked so closely with him.
We are extremely fortunate to have had the benefit of his
leadership and vision for so long. During this time, Team NEO has
become nationally recognized as a highly professional and effective
business attraction and development organization.”

The challenge from the beginning was to raise national and global
awareness of what Northeast Ohio has to offer and to help the
region to believe in itself once again. Today, more companies than
ever are choosing Northeast Ohio as a good place to invest and
grow, and attitudes across the region are on the rise.

Waltermire worked to help the region understand its shared economy
and effectively tell its story so that both business attraction
prospects and local leaders could make informed decisions. Team
NEO’s Cleveland Plus Economic Review each quarter provides a
holistic picture of Northeast Ohio’s economy. It is the only
regular source of collective economic data for the 18-county
region. It is frequently covered by media and distributed
nationally to promote the economic vitality of Northeast Ohio.

With the financial support of The Cleveland Foundation, Team NEO
began promoting the region to businesses in Europe and Asia in
2009. That initiative has matured into an aggressive pipeline that
now is yielding three to five new companies each year. Northeast
Ohio is recognized in key foreign markets as an attractive area for
new investment. Linkages with Northeast Ohio businesses that are
foreign owned also have been expanded.

Waltermire also played a pivotal role in launching the Cleveland
Plus Marketing Alliance (now the Northeast Ohio Regional Marketing
Alliance), an initiative to promote the region with national
business media, assist companies with talent recruiting and educate
regional leaders on regional developments. He was part of the
oversight group of the Alliance until 2012, when a regional task
force determined that it should be housed within Team NEO. Since
then he has vigorously engaged in fundraising activities, using his
connections and conviction to broaden support for the campaign
across the region. In 2012 the Akron/Canton Affiliate of Sales
& Marketing Executives International (SMEI) recognized him as
Executive of the Year, its highest Distinguished Sales and
Marketing Award.

In 2011 Governor John Kasich created JobsOhio and selected Team NEO
as the Regional Network Partner for Northeast Ohio. Waltermire
helped the region and JobsOhio shape this groundbreaking approach
to economic development. One of the initial steps was to begin
creating an economic competitiveness strategy for the region. Team
NEO and The Fund for our Economic Future launched the initiative to
bring together business and philanthropy. Ultimately it grew to a
collaborative volunteer group of nearly 150 business, economic
development and foundation leaders. The strategy identified 10
priority areas that would make Northeast Ohio more competitive in
the global economy. A Regional Competitiveness Council (RCC) of
senior business and philanthropic leaders was formed in 2013 to set
goals and identify specific actions – among them the
evolution of Team NEO into a new organization that would promote
and coordinate implementation of the strategy and better align
elements of the region’s economic competitiveness system.
Find more information at www.RCCstrategy.org.

“Before and during his tenure as CEO of Team NEO, Tom
Waltermire has been passionately committed to smart regionalism,
believing that communication, cooperation, teamwork and
professionalism are the keys to advancing the region’s
economy and addressing the needs of companies that want to grow or
locate in Northeast Ohio,” said Ward J. “Tim”
Timken, chief executive officer and president of TimkenSteel, past
chairman of the Team NEO board, and RCC co-chair. “His
passion, coupled with his broad regional perspective, has
effectively encouraged a much needed debate, raised our
expectations of the region’s potential and left a lasting
positive impression on the landscape of Northeast Ohio.”

Waltermire plans to remain in Northeast Ohio, devoting his
attention to the growth and progress of the region and continuing
to serve on the boards of a broad range of businesses and community
organizations. He is on the board of several Northeast Ohio small
and mid-size companies with high growth potential, including Vadxx
Energy, Albrecht, Inc., Flow Polymer and Collaborent. His active
community service includes the boards of Baldwin Wallace
University, The Cleveland Orchestra, Deaconess Foundation, Business
Volunteers Unlimited, ideastream, Global Cleveland and the
Presidents’ Council Foundation.

In addition to Team NEO, Waltermire’s engagement in economic
development for Northeast Ohio and the State of Ohio includes
having served as board chair of NorTech and on the executive
committees and boards of Cleveland Tomorrow, the Greater Cleveland
Partnership, JumpStart, Inc. and the Ohio Business Roundtable. He
is the founding chair of the Ohio Polymer Strategy Council and has
been appointed by three Ohio Governors to Ohio’s Third
Frontier Advisory Board, a major state initiative in
technology-based economic development. He also has served as board
chair of the worldwide Ohio State University Alumni
Association.

Waltermire and his wife, Shirley, live in Green in Summit County
and hope to spend additional time with family. One of their three
grown children resides in New York City. The other two live in the
Pacific Northwest, along with their two grandsons.

Waltermire grew up in the Akron area, and joined BFGoodrich in
1974, following degrees from The Ohio State University and the
Harvard Business School. He held a range of financial, operating
and general management positions, until becoming Geon’s CFO
when it spun off from BFGoodrich in 1993. In 2000, as Geon chairman
and CEO, he led the formation of the $3 billion PolyOne Corporation
when Geon acquired Cleveland-based M.A. Hanna Company.
PolyOne’s global polymer operations spanned 25 countries. He
served as PolyOne chairman and CEO from its formation until late
2005, a record earnings year for the company.