“Team NEO is working on a number of initiatives that involve Northeast Ohio’s higher education institutions, businesses and economic development organizations collaborating to boost activity and resilience in our economy,” said Bob Smith, Chair of Team NEO’s Board of Directors. “Each of these appointees will contribute mightily to this work.”

“Marcia, Kim and Steve are tremendous additions to the board,” said Team NEO CEO Bill Koehler. “A regional ecosystem that fully supports business and talent development and fosters innovation-based economic acceleration requires engaged leaders who are dedicated to that cause. We have those qualities in these individuals and I am delighted to welcome them to our team.” 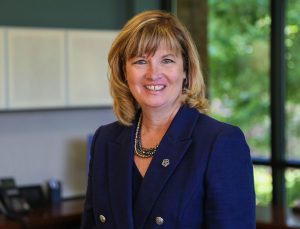 Dr. Ballinger has provided leadership for the College’s economic development initiatives, which focused primarily on the needs and potential of entrepreneurs.  Under Dr. Ballinger’s leadership, hallmarks of the region’s entrepreneurial ecosystem were developed and thriving today, such as:  GLIDE, a regional technology incubator and the Innovation Fund, the region’s earliest pre-seed fund for start-up technology companies.

Regionally, Dr. Ballinger serves on the boards of MAGNET, Northeast Ohio Council of Higher Education, the Fund for Our Economic Future, University Hospitals Elyria Medical Center, Northwest Bank Advisory Board, Workforce Institute of Lorain County and Lorain County Chamber of Commerce.  She is also President of the Lorain County Community College Foundation and while serving as Vice President of the LCCC Foundation grew the organization from $12 million in assets in 2004 to over $50 million today.

Dr. Ballinger holds a Ph.D. in Education – Community College Leadership, Walden University. She is also a proud alumnus of LCCC’s University Partnership Program having earned her MBA from Kent State University. She earned a Bachelor of Arts degree in Journalism from Indiana University of Pennsylvania. 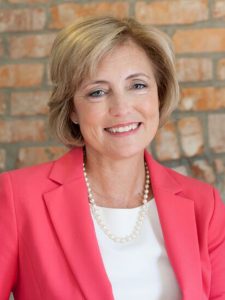 Kimberly (Kim) Riley joined Hylant in 2011 with over 30 years in the insurance industry. In her role as president, she is responsible for the overall leadership, direction, growth and success of the office. Kim focuses on leveraging the strengths of her teams by building on their talents, expertise and industry specialization.

Kim is an active member of the Northeast Ohio Advisory Board for the Cleveland Federal Reserve Bank. Kim created and launched Accelerant, a business development group, served as Chairman of the Board for the March of Dimes Music City Division, recognized as Business Journal’s Women of Influence, was an Athena Award nominee in 2014. She is currently involved with the Class of Leadership Cleveland, 2017 Board Achievement Center for Children and 2017 Smart Women’s Award.

Kim graduated from Clark State Community in Springfield, Ohio and received a bachelor of arts degree from Trevecca University in Nashville, Tennessee. She is a graduate of Belmont University’s Scarlett Leadership Program, and is certified in Harvard’s Negotiation Techniques. Kim also is a Fellow in the Life Management Institute, and holds insurance licenses in multiple states for life, health, property and casualty. Kim is also a member of Leadership Cleveland, class of 2017. 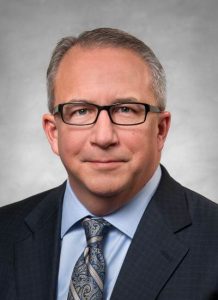 Strah began his career with The Illuminating Company in 1984 and has specialized in regional operations. In 1995, he was named Operations Services staff support manager. In 1996, he was a member of the transition team for the merger of Ohio Edison and Centerior Energy that created FirstEnergy. After the merger, Strah was named director of Business Services for FirstEnergy’s Northern Region – Ohio, based in Cleveland. In 2000, he was named director of Operations Support Services for the company’s Western Region – Ohio, based in Toledo. After the 2001 merger of FirstEnergy and GPU, Inc., Strah was named president of the Northern Region – New Jersey for Jersey Central Power & Light (JCP&L). In 2005, he was named regional president of Ohio Edison. He was promoted to vice president, Distribution Support in 2011. Strah was named senior vice president and president, FirstEnergy Utilities in 2015. He advanced to his current position in March 2018.

Strah earned a Bachelor of Science degree in business administration from Baldwin Wallace University in Berea, Ohio. In May 2017, he completed the Reactor Technology Course for Utility Executives, Nuclear Physics, at the Massachusetts Institute of Technology.

Team NEO is a business development organization focused on creating jobs for Northeast Ohio’s residents. In collaboration with our partners, it leads the region’s business attraction efforts, supports business retention and expansion work as Northeast Ohio’s JobsOhio affiliate, accelerates the impact of innovation in the region, and aligns strategies and resources within the economic development network to maximize its impact. In addition, Team NEO provides tools to assist employers in attracting talent to the region.