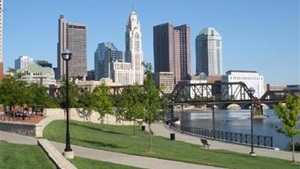 For
the second consecutive year, Ohio has earned the number two spot in
the overall rankings and per capita rankings in Site Selection
magazine’s Governor’s Cup.

Akron was ranked in the Top 10 Metro Areas with a population less
than 200,000. New Philadelphia-Dover, Wooster and Ashland all
earned top spots in the Top 10 Micropolitan Areas.

Site Selection has awarded the Governor’s Cup annually since
1978 to the U.S. state with the most new and expanded corporate
facilities as tracked by Conway Data Inc.’s New Plant Database. See
the full list of the honorees on SiteSelection.com.